European tricks to help you through a pandemic, 14th century style 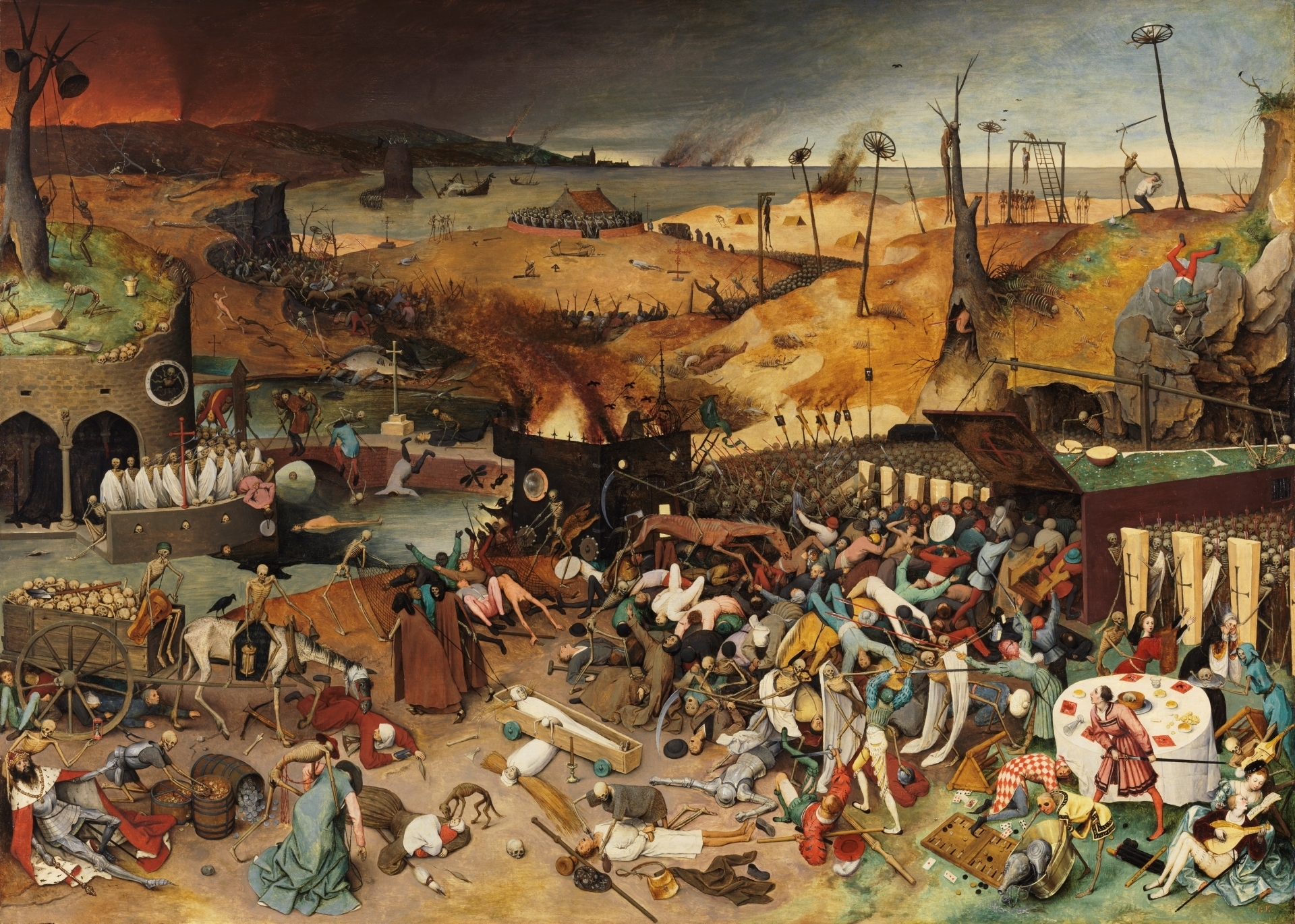 Pandemic tips. Now we have experienced and are hopefully recovering from this truly awful COVID-19 pandemic, it is interesting to look back at how medieval and early modern Europe coped with several epsiodes of their own pandemic, the Bubonic Plague, or Black Death. One of the most devastating pandemics in history, this Plague peaked during 1347-1352 (killing 30 million across Europe) and returned many times during the following centuries.

Such was the impact on life, that death was very much a motif in the arts of the time. This concerned not so much images of victims showing plague symptoms, but more of social chaos and death (NPR:Iconic Plague Images Are Often Not What They Seem): paintings and frescos showing affected skin are typically of leprosy or smallpox, and often in connection with biblical stories. Instead, imagery dealing with the Black Death shows the social devastation and the chaos of dealing with death on an enormous scale. 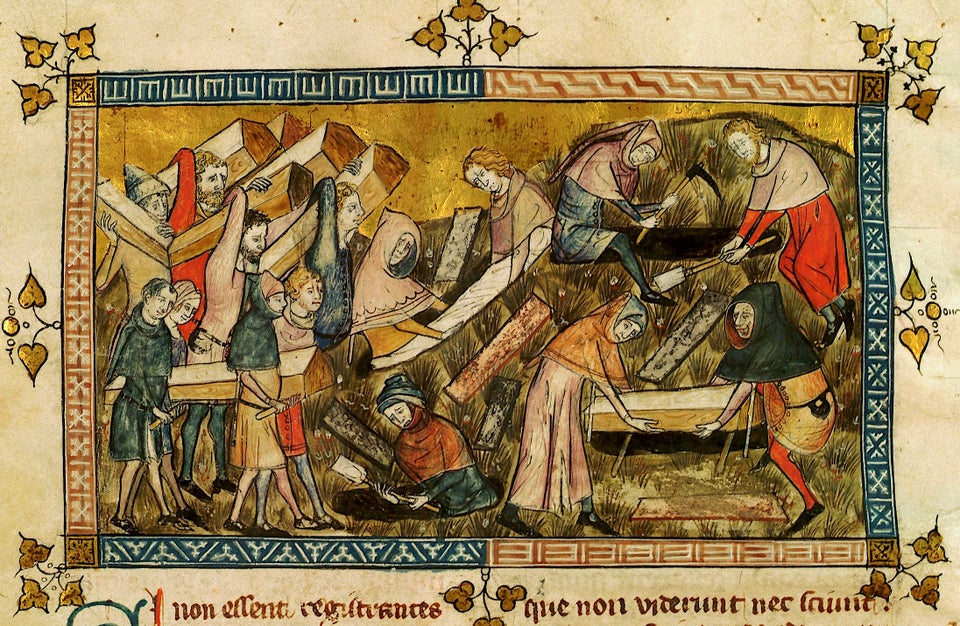 The Citizens of Tournai (present-day Belgium) burying the dead during the Black Death of 1347-1352.
Miniature from The Chronicles of Giles Li Luisis (1272-1352)

Medical knowledge was virtually non-existent and with the larger population trying to understand what was going on, various things were thought to ‘cure’ the plague. A wildly interesting ‘cure’ was the so-called Live Chicken Treatment: a chicken’s back and rear end was plucked and placed on the swollen glands and buboes of the plague victim. The chicken was then strapped in place. The idea was that the chicken would draw the disease out of the patient. It’s beak was even held close so the chicken would ‘breathe’ from its back and increase the effect. If the bird showed signs of sickness then this was proof that the method worked. It was then taken off, washed, and strapped back on – until the plague victim or the chicken died.

So there you go – we can count ourselves very lucky that we live in 2022.