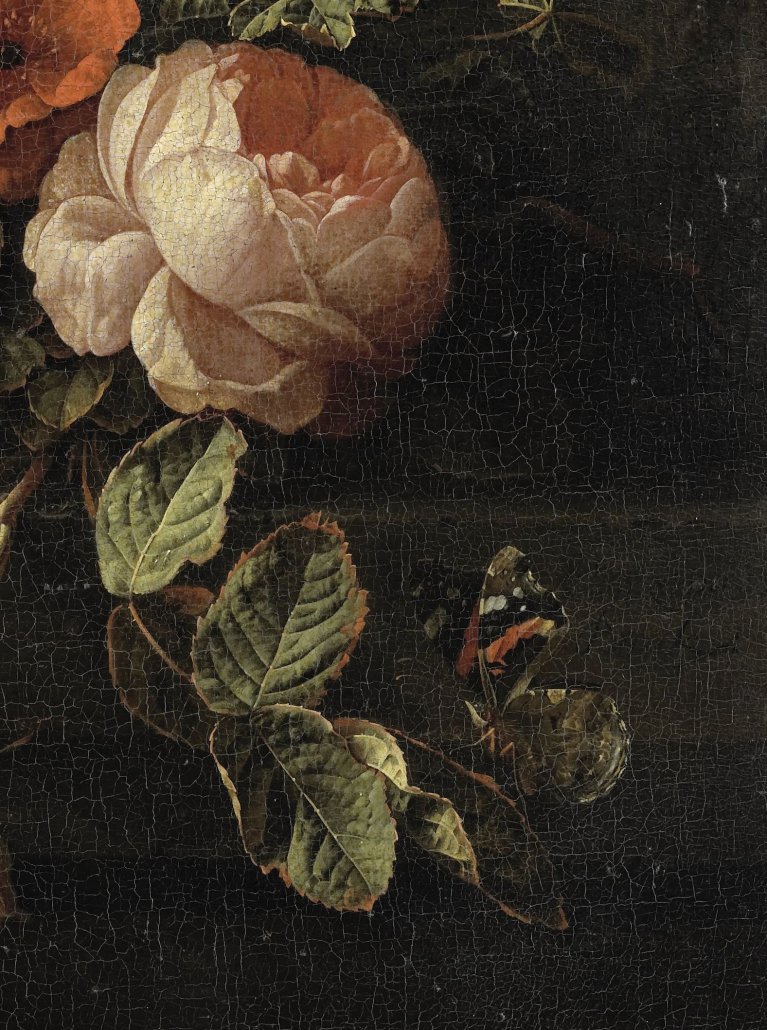 Elias van den broek, detail of Still Life with Roses (1670 – 1708)
Rijksmuseum (click to zoom right in on the museum’s website)

The 17th century saw a keen interest in science and naturalism and empirical research of the natural sciences became hugely popular. One of the achievements of the period was the exploration of microbial life by Anthonie van Leeuwenhoek, a lensmaker, who was the first to observe single-celled organisms and bacteria which he called dierkens, diertgens or diertjes  (small animals) using the first microscope. The Dutch 17th century was also one of the great eras of horticulture (tulipmania being an interesting side effect) and botanical gardens were systematically studied. Still life and flower painters then translated all this excitement onto linen, copper and wood panel (mostly wood panel). Some painters included insects and other small animals – nearly everything that could crawl, slither or flutter in seemingly one big celebration of nature.

Snails, bugs, grasshoppers, snails, spiders, butterflies were beautifully painted in amazing detail and often would hide behind leaves and flowers, in plain sight on ledges or flying. 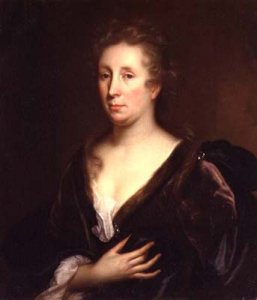 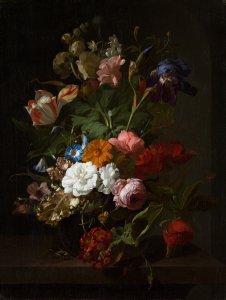 Rachel Ruysch 1665-1750 (portrait by Godfried Schalcken)
and her Vase with Flowers, 1700 (Mauritshuis, The Hague
(click to zoom right in on the museum’s website) 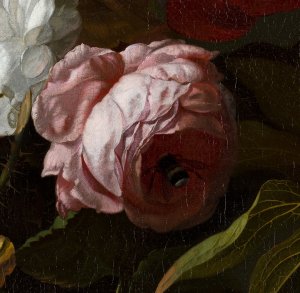 Bumblebee in Rachel Ruysch’s Vase with Flowers, 1700 (Mauritshuis, The Hague)

Painters
Of the many who included small animals, Rachel Ruysch (1665-1750, the most successful female painter of the Dutch Golden Age) was one painter who represented them to great effect (see pictures above). Her father was a professor of anatomy and botany and drawing his collection of animal skeletons and mineral and botany samples from a young age was an invaluable opportunity to hone her skills. Otto Marseus van Schrieck (1613-1678) was another painter of small animals with his own unique style: his ‘forest floors’, which are effectively studies of flora and fauna, show insects, spiders, amphibians and reptiles. He was known to keep lizards and snakes as pets for his paintings and was called the snuffelaer: always hunting for inspiration in the garden (Seelig 2017). 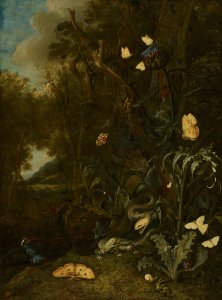 Otto Marseus van Schrieck, Plants and Insects (1665)
Mauritshuis (click the link to zoom right in on the museum’s website)

Why??
Why were animals included in 17th century Dutch paintings? Debate goes on today. It is often said that they could be an expression of the memento mori concept: sober arrangements of objects chosen to remind viewers of the brevity of life. Flies were signs of decay. Snails could be used as symbols of resurrection, purity and our own mortality: they were long seen as an image of the Virgin Birth as people couldn’t comprehend how they could possibly reproduce with their thick calcium carbonate shell (George Wigmore).

No doubt some paintings would refer to the brevity of life, like the vanitas paintings of the time. However, it makes sense that animals could also be used as compositional elements: to counteract the large forms of flowers, to lead the eye into a certain direction, to balance bright flower colours with earthy tones.

But how about just a simple delight in painting something else than flowers and plants? An interest in the subject (e.g., Rachel Ruysch)? Injecting some playfulness? Hiding spiders behind leaves as little surprises for the viewer? Taking delight in the beautiful and delicate iridescence of a damselfly? Having painted a few flower pieces myself now, it’s great fun to paint little legs or a beautiful butterfly wing (espcially after a marathon of 15+ tulips!) and it’s a lovely idea to include a surprise. I’m convinced that 17th century painters just wanted to have some fun at times. 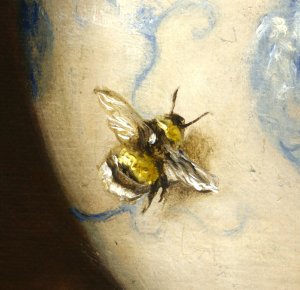