(Put your skates on!) 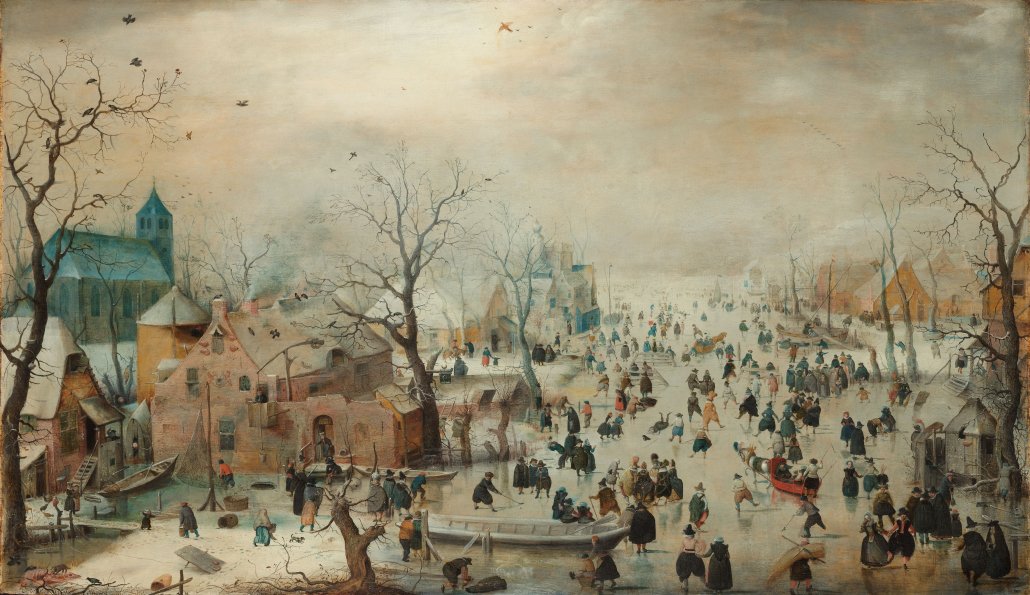 Winter Landscape with Ice Skaters (circa 1608)

Skating in Holland – Hendrick Avercamp was one of many to paint the Dutch winter and the young Dutch Republic’s obsession with skating on so-called ‘natuurijs’: frozen lakes, canals and rivers. We still love skating on natuurijs and we go into a frenzy if there is even a small hint of a severe frost as this might mean that we could be looking forward to the Great Race: the Elfstedentocht.

Friesland, one of the northern Dutch provinces, is home to many canals and lakes linking cities and villages. In particularly cold winters the ice grows 15cm and is considered strong enough to kick off a long-distance skating competition along the eleven oldest cities and villages linked by water: Leeuwarden, Sneek, IJlst, Sloten, Stavoren, Hindeloopen, Workum, Bolsward, Harlingen, Franeker, Dokkum, then returning to Leeuwarden, a distance of 200 km. First thought to have been completed in 1670 (Wikipedia), the Elfstedentocht is an endurance race with plenty of frozen eyeballs and fingers. The race of 1963 is known as “The hell of ’63”, where only 69 of the 10,000 participants were able to finish the race due to the extremely low temperatures of -18 °C, powder snow and a harsh eastern wind (Wikipedia). 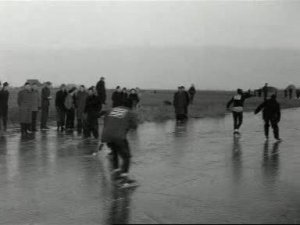 Skating in Holland: The Elfstedentocht of 1954 – click to see the video.
Wikimedia Commons

Plummeting temperatures will hold the nation on the edge of their seat for days, while the Heads of District measure the thickness of the ice. The Dutch then get into a near-frenzy when the go-ahead is announced and the race is started within 48 hours. I remember the winters of 1985 and 1986 – it was a wonderful temporary national insanity.

Only held 15 times in the 20th century, the last Elfstedentocht was 24 years ago. We’re due for one!